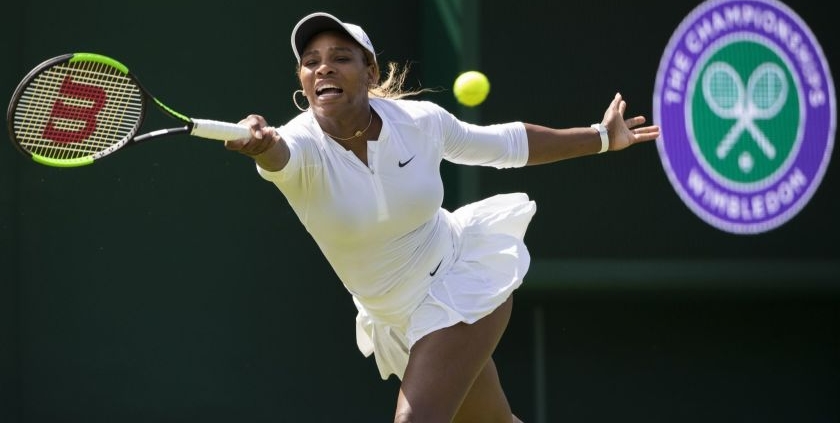 It’s been a torrid few months for us all during the Covid-19 pandemic began here. Since the UK crisis started, we have missed our friends, and families, as well as our every day leisure and interests like sport.

Millions of sports fans have been teary eyed waiting for the time when they can once again set foot into their stadium or arena of choice to show their support.

Right now, our nation would usually be gearing up for a few weeks of Wimbledon on our screens.

But as tennis stars switch to Instagram as a way to stay connected to fans, and farmers wonder what to do with the 27 tonnes of cancelled strawberry orders, the team at Go Title Free are also lamenting the cancellation of this year’s UK grand slam.

As well as enjoying the sport of tennis, we were looking forward to hearing umpires finally refer to female players by surname only, instead of using ‘Miss’ or ‘Mrs’.

The All England Lawn Tennis Club announced the change to their use of honorifics last year in an effort to ‘move with the times’ and ‘achieve consistency’ between the sexes. A huge leap for the Club seeing as the title of ‘Ms’ was never used.

From 2019, umpires will now declare, ‘Game, Williams’, instead of ‘Game. Miss Williams’.

This should come as welcome news to the ‘Williams’ in question, Serena, who in 2018 was referred to as ‘Mrs Williams’ after her victories, due to the fact she is now married.

Changes to how Wimbledon refers to players also made the news in 2009, when officials decided to remove female marital status titles from the scoreboard seeing as men did not have a title on the board at all. (Imagine that?! No title!)

Such recent changes prove how progress can be made, and that small changes can contribute to a greater collective movement towards equality and identity freedom.

Only as recently as 2006, the prize money for Wimbledon champions was larger for a male singles winner than the female. In 2019 both Novac Djokovic and Angelique Kerber received £2.35 million for their wins, whereas in 2006, the prize for being a female champion was a cool 5% lower than being a male champion.

Wimbledon is not the only place in sport we are seeing progress towards equal representation.

On the 28th May 2020, the International Olympic Committee (IOC) announces that out of 30 commissions, 47.7 percent of positions are held by women following the appointment of Khunying Patama Leeswadtrakul of Thailand by election.

Issues such as marital status titles in the grand scheme of money, and opportunity may seem small, but every small difference in the way we refer to each other builds upon expectation, and creates stronger normalities that are tougher to protest against.

Several journalists reported Wimbledon’s changes last year as a ‘drop of courtesy titles’, when in fact, our research shows that women, or non-binary people are in fact pleased that references to gender and marriage are being used a little less.

Courtesy should surely be about accuracy, and choice after all.

Interview: Amy L. Erickson, Reader in Feminist History at the University of... Scroll to top