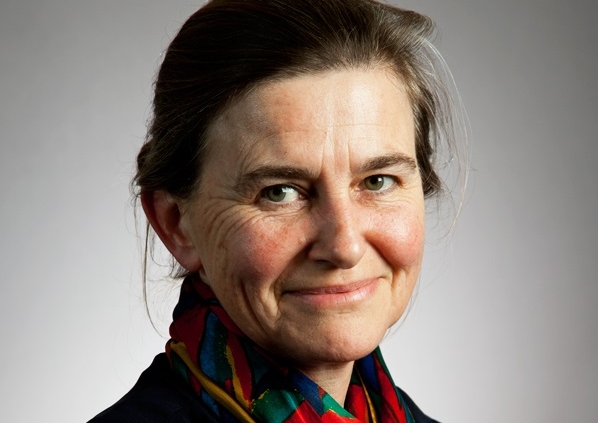 Almost two years from the start of the Go Title Free™ campaign, we have been reflecting on the research and media coverage which became the catalyst of our work to create a title free society.

The story of the popularisation of the title ‘Ms’, less than sixty years ago, led to a rising feeling that change happened quickly – and can happen again.  Yet prior to launch, we found very little by way of petitions, or encouragement to question such an issue of inequality, and we felt drawn to the work of the few academics who had covered the subject.

Two years prior to our campaign launch, in September 2014, Amy L. Erickson, Reader in Feminist History at the University of Cambridge, wrote what was for us a defining article; ‘Mistresses and Marriage – A Short History of the Mrs’, tracing the use of female titles since the 16th century.

Covering how usage of marital status titles for women have changed, the article explores how references and attitudes relating to female titles are reflected through census, tax records and literature.

We now ask Erickson about paths that led her to her work in this area, about the discoveries she did not expect to make during her research, and about what she thinks the future holds for marital status titles…

Warmly greeted over Zoom, in these the final months of the toughest part of the 2020 lockdown, Erickson started with explaining that with the ‘Mistresses and Marriage’ article, her concern was to find out what exactly ‘Mrs’ meant: was it a business status? Or a social/ gentry status?” Certainly  c.1700 it was not a marital status. In 17th-century tax records it was almost always a business title accorded to an employer.

She says, “I knew by these tax listings and the London guild records that what we were seeing was women listed as ‘Mrs’ because they were employers – mistresses of their craft – nothing to do with marriage”.

This is clearly an occurrence which we do not see today, when trades and professions have no bearing on how we refer to each other, unless of course we’re referring to military structure, or the church etc.

Erickson explained, “I started with tax listings, because when looking over records for research, economic historians would always look at labour force participation rates, and who is economically active. Listings within these records show who’s ‘in the market’, so it demonstrates a great deal”.

I told the professor how surprised I was by the many references to literature I saw throughout her article, that there were more examples within works of fiction than in official records.

It’s clear as our discussion about her article unfolds, that there is a lot of evidence to suggest that there were varied meanings behind titles for women. The meanings did change, but is a notable lack of official records at all. There is an even greater lack of evidence which could give a definitive answer about how marital titles changed, and how they became solely an indication of marriage starting in the mid nineteenth century.

Indeed, when asked what “shocked her the most” during her research on this subject, she answered, “how little we know about the history of these titles” (A modest claim, given the extent of her reading and writing on the subject!). However it’s clear that there were plenty of uses and meanings for female titles 150 years ago, and that we somehow ended up here. Where the titles are only officially indicative of marriage, and where society unquestionably goes along with accepting the status quo, without the knowledge of how recently titles became an every day part of our lives.

‘Miss’, and ‘Mrs’ have mixed meanings in history due to the fact that both words are derived from the word, ‘Mistress’, a term for which in Samuel Johnson’s Dictionary of 1755, there are 6 definitions, none of which specify marital status.

As detailed in Amy Erickson’s article, these definitions were: “1. A woman who governs; correlative to subject or servant; 2. A woman skilled in anything; 3. A woman teacher; 4. A woman beloved and courted; 5. A term of contemptuous address; 6. A whore or concubine.”

Talking over how to gain momentum for a positive change in marital title identity freedom, Erickson says, “Society tends to assume that titles have been used for much longer than they have, and that they were used to refer to everyone, when in fact, until the later 19th century, they were only used in reference to a tiny fraction of the population”.

For the lower classes (more than 90% of the population), there were no titles used in official records, or in works of fiction.

She also points out that this problem is “a distinctive Anglo-American issue. – An English language issue”, and we briefly segued into alternative ways which countries and languages deal with marital identity.

Certainly for Amy Erickson, having grown up in California in the 1970’s, “…everyone was ‘Ms’. It seemed to me that ‘Miss’ and ‘Mrs’ were on their way out!”

“I’ve always thought of it as old fashioned and a stilted way of interacting. After 36 years in England, I’ve seen so many elements of life becoming much more ‘American’, and yet for some reason the titles stick!”.

Shockingly, Erickson reveals that contrary to what may seem like a new age of equality and feminism, the proportion of women taking their husband’s surname has significantly increased.

She laughs that this really could be because of a deluded idea of romanticism – that women are taking on the name through devotion, rather than realising they’re complicit with nothing more than a property transaction. Only English women took their husband’s surname because England had the most restrictive property laws in Europe, under which a married woman lost all of her personal property to her husband – including her name.

Ironically, it was only when the laws were changed in the late 19th century that other European countries adopted the marital name change.

And so finally, we came to the sixty four thousand dollar question… “What do you see in the future for marital status titles?”

Erickson: “I think we should abolish them, and that businesses need to have this brought to their attention. It’s within businesses and organisations that these titles exist. There is no reason for them!”

She continues to say that she asks students under her supervision to forgo the title of ‘Doctor’.

“The ‘Miss’ and ‘Mrs’ titles, whether related to marriage or not, arose out of a desire for status. – The title of ‘Miss’ arrived in the 18th Century as a status affirmation of the upper gentry. The desire for status by use of title should not be necessary anymore”.

She adds, “Of course I understand those who would argue that the title of ‘Doctor’ is earned, but it’s very likely that having the means and opportunity to earn a title like that has arisen as a result of a more privileged background”.

Whilst delighted that our team seems to have found an advocate of our work, the primary feeling on reflection of our interview is one of gloom. That we actually seem to have gone backwards in the world of marital status titles.

Erickson curated an exhibition in Autumn 2019 named, ‘City Women in the 18th Century’, looking at trade cards of married and unmarried women, which had no title on them at all. Women being a part of trade families was entirely normal, and through the exhibition, Erickson stresses that these great success stories of women have largely been overlooked by history.

So not only are we campaigning for equality, it seems we must disrupt a new trend of status seekers and traditionalists who may not count the use of marital status titles as one of the few remaining barriers to equality and identity freedom.

Having agreed that once you ‘switch on’ to marital status title prevalence, you see it everywhere, (Little Miss Sunshine and the rest of the Roger Hargreaves set, characters in Peppa Pig, greetings cards for couples getting married, and of course, the endless forms requiring a title in order to register or apply), I certainly came away with a renewed sense of purpose.

The Go Title Free campaign may be only two years old, but it’s an important one based on these surprising trends.

Turning the tide of society as well as of business may be taking on an even bigger challenge, but we’re up to the task!

Here’s to the next two years of campaigning. And many more.

Read the full article, ‘Mistresses and Marriage: A short History of the Mrs’: https://www.researchgate.net/publication/273029713_Mistresses_and_Marriage_or_a_Short_History_of_the_Mrs

An online version of the City Women in the 18th Century exhibition is at citywomen.hist.cam.ac.uk

Game Set and Match – One step closer to achieving gender equality in ...

Teachers and Their Titles – Will schools ever drop the ‘Miss’,... Scroll to top